Nov 4th, 2015
A community-focused alternative would have fared better at the polls
Posted by:
Jason Jaffery

Ohio’s marijuana legalization effort suffered a crushing defeat on November 3rd. In the aftermath, there is much conversation about why Ohioans opposed the measure so strongly. Some have pointed to the bad timing of an off-year election, others to lingering puritanical opposition to drug use. But the strongest and most consistent message is the strong populist resistance to legally establishing a business structure that leaves out every day people.

Leaving aside heated rhetoric about the evils of “Big Pot,” the fact is that, had Issue 3 passed, it would have established a system of elite and most likely absentee ownership, as opposed to community-based family businesses. Voters recognized the need for local, broad-based ownership as the foundation of a thriving, resilient economy.

Issue 3 was created by a decision-making process led by private interests, excluding local residents. Voters sent a message that they want more voices at the table.

While much was said about the jobs a new legalized marijuana industry would create, there was no guarantee that those jobs would offer decent wages or dependable employment. There was a clear preference for a business model that offers inclusive, living wage jobs that help families from all walks of life enjoy economic security. 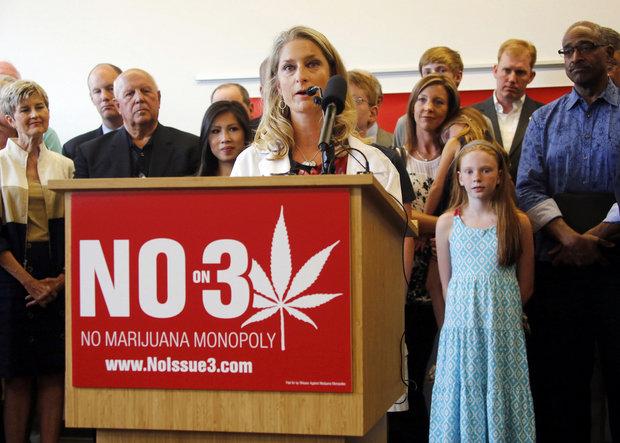 Finally, under Issue 3 the business of marijuana would have been the business as usual of wealth inequality. Resentment on this point was pervasive, particularly because there is such a culture of entrepreneurialism and private growth, created by marijuana’s longtime illegal status.

That the creators of Issue 3 chose to promote such an elite and exclusive model is a missed opportunity and a real shame. The legalization of marijuana opens up enormous possibilities for creating a genuinely new system, anchored in community-based economic activity that produces wealth at the community level, and keeps wealth circulating in the community.

This is the real take-away of Tuesday’s election: people instinctively favor economic development rooted in democratic ownership and community wealth.  And as the legalization movement contemplates its next steps in other states around the nation, it should establish a precedent that all marijuana growers and shops should benefit their local communities – and not be used to extract wealth from those communities.

From defeat can come great progress. Let’s hope that leaders both in Ohio and around the country learn that keeping wealth local is what everyday people want.

Jason Jaffery is a Cleveland resident and the Director of Philanthropy at the Democracy Collaborative.